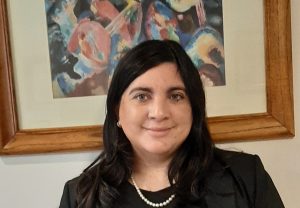 She was legal assistant to the Judge on Customs Affairs in the National Tax Court (2007-2009).

She developed as a lawyer on Imposti, Palacio & Boiero Law Firm for representation and consulting of national and multinational worldwide companies in customs, tax and foreign exchange matters (2009-2014).

Adherent Member of the Argentine Association of Fiscal Studies.

Member of the Public Bar Association of the Federal Capital.